“Sick and Dying Is An Option”

What if I told you that “sick and dying” was an option, not that you won’t die but that you don’t have to feel like you are dying while you are still living? What if I told you that you didn’t have to take prescriptions, miss important events, feel terrible, be constantly exhausted, and die having lived a miserable existence? Or that you could sleep better, have more energy, experience more sensations, live your life full out, have an extraordinary life and die a peaceful death? Would you be willing to make the necessary shift in both your perspective and your paradigm to go from “sick and dying” to “well and thriving”? 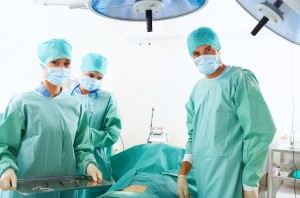 At the age of twenty-two I was presented with the same option and just like you may be thinking I thought it was crazy! I couldn’t believe it when my boyfriend at the time told me that I could get off all my medicines, live a prescription free life, a pain free life, have more energy, be free of sickness & disease, sleep well, and have a life of abundant health.  I couldn’t believe it because all I had ever known was the medical paradigm, where you are told that sickness and dying are not an option but rather the way that you MUST live your life.  Until twenty-two years old, NO one had ever told me that sick and dying was an option.

Very few people will say that their ex-boyfriend was an angel put into their life, but I can.  I am forever grateful that Ryan woke me up to the option of being “well and thriving”! It’s been an eleven-year journey in which I have shifted my perspective on health and wellness and completely flipped the paradigm in which I live my life from medical to chiropractic.  Eleven years ago, I laughed in confusion at people I knew who were conscientious about what they consumed, worked out regularly, who didn’t vaccinate, who took vitamins over prescriptions, and those who got adjusted by a chiropractor regularly. I was naïve to the option of living an optimal life, because I didn’t understand what I know now.

Everything we learn we learn from our mother, father, teachers, and preachers and this includes our views on health. I know for me I had to teach myself how to be well, I had to shift my perspective on how I viewed health and wellness.  Much like most Americans I was taught that being sick was normal and that with medicine you could stave off symptoms of sickness until inevitably you were so sick that you died, and while you were alive you would feel like you were dying.  My mother had passed from cancer at twenty-nine and my father was raised in the medical paradigm.  I watched my grandma take prescriptions, appear better for a short amount of time and then a new symptom would surface as she reached a new level of sickness, and the end of her life she spent lying in a hospital bed trapped as a prisoner in her own body.  Her soul was 100% residing in a body that was barely functioning.  Until Ryan, I had no idea that “sick and dying” was an option.

When Ryan told me that there was an alternative to the current medical paradigm I was living in and that I could be “well and thriving” because I was meant to be well, I was in disbelief. He went on to tell me that my body had an internal intelligence called innate intelligence and that my body could and would heal its self if it was fully expressed.  He continued to explain that the drugs I was taking were simply masking my problems and ultimately exacerbating the underlying problem.  He explained that the laundry list of symptoms I was experiencing including but not limited to those such as acid reflux, headaches, ulcers, and menstrual pains were my bodies way of trying to maintain homeostasis.  That they weren’t punishing me like I viewed it but rather they were trying keep me in balance in hopes of keeping me alive.  In detail he explained how my nervous system composed of the brain, brain stem, and spinal cord controlled every function in my body and that the skull and the spinal column houses and protects the nervous system.  He explained that through stressors and trauma, my spine had subluxations where the vertebral bodies had misaligned and were altering nervous system function.  He told me that the misconception was that chiropractic “treats pain”, when dissolution of pain is just an added bonus and that chiropractic founded on the principle of nervous system balance.  He went on to say that with chiropractic care I could live a life that where I was “well and thriving”, a life different than the “normal” American.  All he was saying was so different from what I have ever heard but it made more sense than anything I had eve heard. 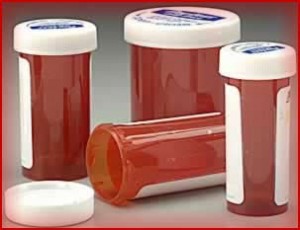 Trusting my gut (which I now know is my innate) I began making necessary shifts toward living in the chiropractic paradigm.  Immediately, I began getting adjusted three times a week, fully committed to the plan set up by my student chiropractic intern.  Within three weeks, I was off all my meds and feeling better than ever.  From there I began working out regularly, eating foods that fueled my body, increasing my water, and thinking positive.  Over the past 11 years, I have continually strived to move toward being “well and thriving” and farther from “sick and dying”. I haven’t taken any medicine since that day, nor have I had a reason to take one.  I haven’t missed work or an important event because I was ill.  I enjoy every day with abounding energy and know that I am living my life with my fully expressed.  I am forever thankful that Ryan shared chiropractic with me and presented me the opportunity to shift my paradigm! So, now that you know “sick and dying” is an option are you willing to make the shift?

Health Is Expensive: Will You Pay At One Time or Over Time” Spinach and Chickpea Coconut Curry (Vegan and Gluten Free)
Scroll to top