The Road Less Traveled vs. The Societal Highway

Robert Frost said, “Two roads diverged in the woods and I took the one less traveled and that has made all the difference.” This simple quote is how I have decided to view my decisions for me in terms of health, wealth, goals, and choices. About ten years ago I began to really assess what path I wanted for my life. Doing the same things over and over gets us the same results over and over and knowing this to be true I wasn’t sure I liked the results I saw people getting.

As I began to look at society as a whole, I saw poverty, sickness, sadness, low vibration, and many more things that didn’t have the appeal that made me scream, “I want that”.  Knowing that God wanted me to be abundant in all things: health, wealth, thought, happiness, vibration, in any and everything, I knew that the average American was missing something and many were missing a lot of something that I wanted and was created to have.  The realization came that I was going to have to do something different to get different results. 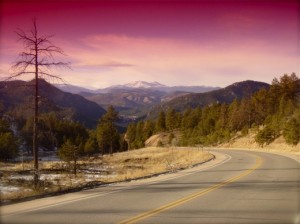 In researching what I wanted for my life I realized that I there were others who had what I wanted, they were out there, they were just fewer in numbers.  Many would say I go against the grain in the terms of health, wealth, thought, goals, and choices; I see it as taking the road less traveled.   There is a combination of senses that comes with the realization that you are traveling a road less traveled, a sense of security and a sense of adventure.

By societal standards I am considered weird because I make choices that vary from the norm, that sway from the road less traveled.  I like to think I simply woke up and liked the feeling of being eyes wide open awake.  It’s really easy to get “sleepy” when you monotonously do the same actions that everyone else does.  When a large amount of people are doing the same thing it creates a force that almost pulls you along and pushes you without having to exert as much will power.  You simply go through the movements.  But when you get a wake up call and acknowledge it you, you realize that rather than living your life you are living the same life as everyone else.  Where is the adventure in that?

We all get several wake up calls throughout life, in relationships, health, wealth, etc. and just like anything it all depends on how we address that wake up call.  Nothing in life has meaning until we give it meaning.  My series of wake up calls led me to ask myself whether or not I was happy where my journey was taking me. Which led me to decide that the road less traveled was unknown but more appealing and has proven its self to be more of a scenic route.  I like to view it as traveling the back roads while the majority is taking the highway.  There is no right or wrong choice as long as you know where the highway is taking you and you approve of the destination.  There is something serene about enjoying the ride you are on as opposed to hanging on for dear life! 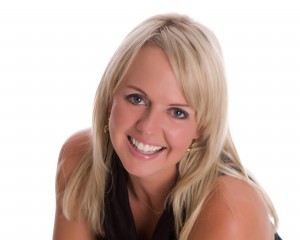 Fortunate Strokes of Serendipity Do You Really Love Yourself? Set a Love Standard!
Scroll to top