New things are scary; frankly, anytime you venture into the unknown it is scary.  The first day of school was scary, I will never forget my dad dropping me off at Good Shepard Lutheran church and waving good-bye through tear-streamed eyes.  Each day got easier, especially as I made new friends. Changing schools in fifth grade was also very scary.  As I said good-bye to my best friend, Julie, I was scared I wouldn’t find new friends and was sure that the friendship Julie and I shared was over forever.  The truth is I made new friends and while Julie and I were distant we are still friends to this day and as we have aged our friendship is strengthening.  As individuals we have all had various scary, nerve wrecking times in our life; that at the time were scary but as we acclimated we came to realize that they were more so unknown, rather than scary.  But, one thing almost every person can relate to is sex, so let’s go back to fourth/fifth grade for a minute. 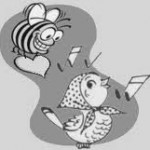 I will never forget the day my teacher sent home the permission slip so that I could learn all about female reproduction.  My dad let me know that I was going to be learning all about how my body worked.  I remember thinking, “Why is he acting so weird?” As I turned in my permission slip my teacher got all excited and with a smile said, “We are going to have so much fun learning about being a woman!” Once again I was confused as to all the hype.

The next week, we were separated into two rooms.  All the fourth grade boys in one and all the girls in the other.  We had never really been separated before, except to go to the bathroom.  I remember the anticipation in the room, this must be a big deal, being that we were separated and had to have permission slips.  As they dimmed the lights and started the movie, which was titled along the lines of “Becoming a Woman”, a silence fell over the room.  As we exited the room in shear shock, I know we all were thinking the same thing, “there is NO WAY. I will ever do that with a boy”.

We were immediately set free on the playground where we were rejoined with the boys.  We were specifically told not to discuss it with the boys and believe me there was no way either sex was sharing ANY information! There is no way any of us were doing anything that we were just explained, let alone talk about it! I know at least for my close friends, and me we stuck with the motto out of site out of mind!

If you think back to that day, when you first learned about sex, it was really scary.  First, remember, that just a year before if not still, the opposite sex had cooties.  They were good for one thing and one thing only, chasing and picking on! Just the thought of kissing a boy or a girl was gross let alone becoming more physical.  And how on earth could “sex” be enjoyable? It just didn’t make sense and it was really scary.  And not only was there possible pain associated with it but there were tons of rumors of the possible consequences; STDs, AIDS, pregnancy, addiction, and the list goes on. Who in the world with have sex?

Warp speed ahead about seven to ten years, suddenly the same guy or girl who had cooties was a total hottie.  There was something different about them, about the way you looked at them and the way they looked at you.  Suddenly, you wanted to spend more time with them and the urge to hold hands and steal a kiss was an everyday occurrence, if not hourly! Soon kissing was not enough and suddenly the unthinkable happened, together you had the talk.  While in fourth or fifth grade sex was scary it was now the only way to really share love and passion with that person, it was the next step in the evolution of your relationship.  The fear of sex was now a thing of the past, being replaced by the joy of sex!

While some people have only had sex with their spouse and to this day only desire their spouse, there are some who have had more than one sexual partner; some better and some worse.  There are even some people who claim they have had terrible sex with a certain partner, whether it lacked chemistry or skill, there was just something that was not right.  But, to this day those people are not celibate and are actually in relationships where they have really passionate sex with the person they love. One less than perfect sexual experience was simply chalked up as a lesson learned and after healing from the relationship they moved on to find love and to share it. 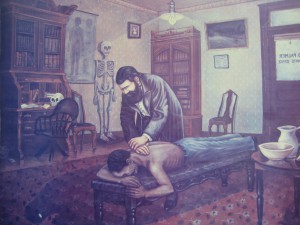